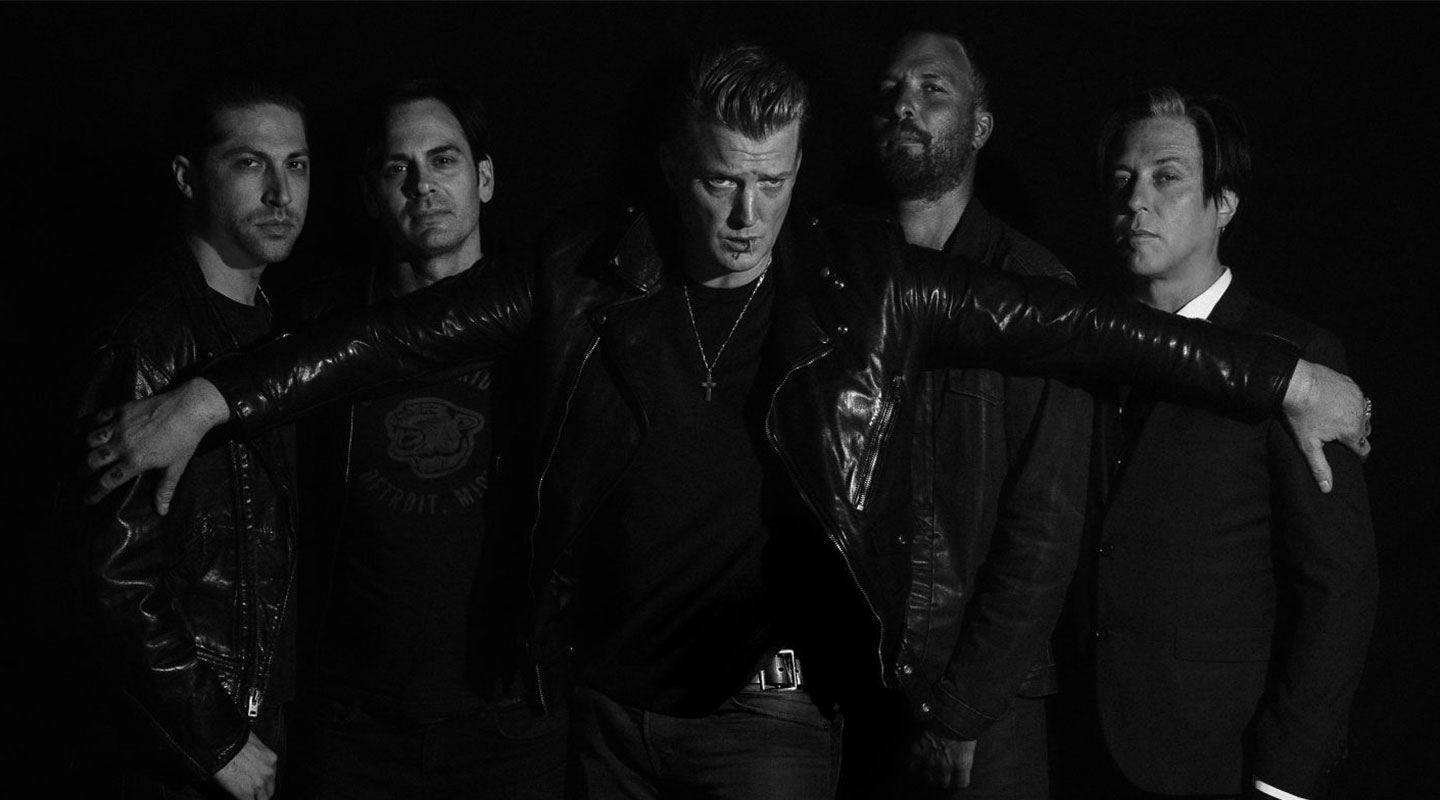 Queens Of The Stone Age

QOTSA’s 2013 album ‘…Like Clockwork’ charted at #3 in the UK, and a headline performance at Reading completed the campaign on a high. The objectives for ‘Villains’ were clear – bigger and better, and be consistently talked about as one of the best bands in the world.

Unlike previous albums ‘Villains’ didn’t have a ready made backstory and press worthy dramas, so we created the narrative and talking points beyond the music.

Opportunities with the band were scarce, visiting the UK twice, so everything was strategically planned for maximum impact and cut through. They are also a band whom you never know what will happen in interview scenarios – part of their charm, but that also meant every aspect needed to be carefully managed. 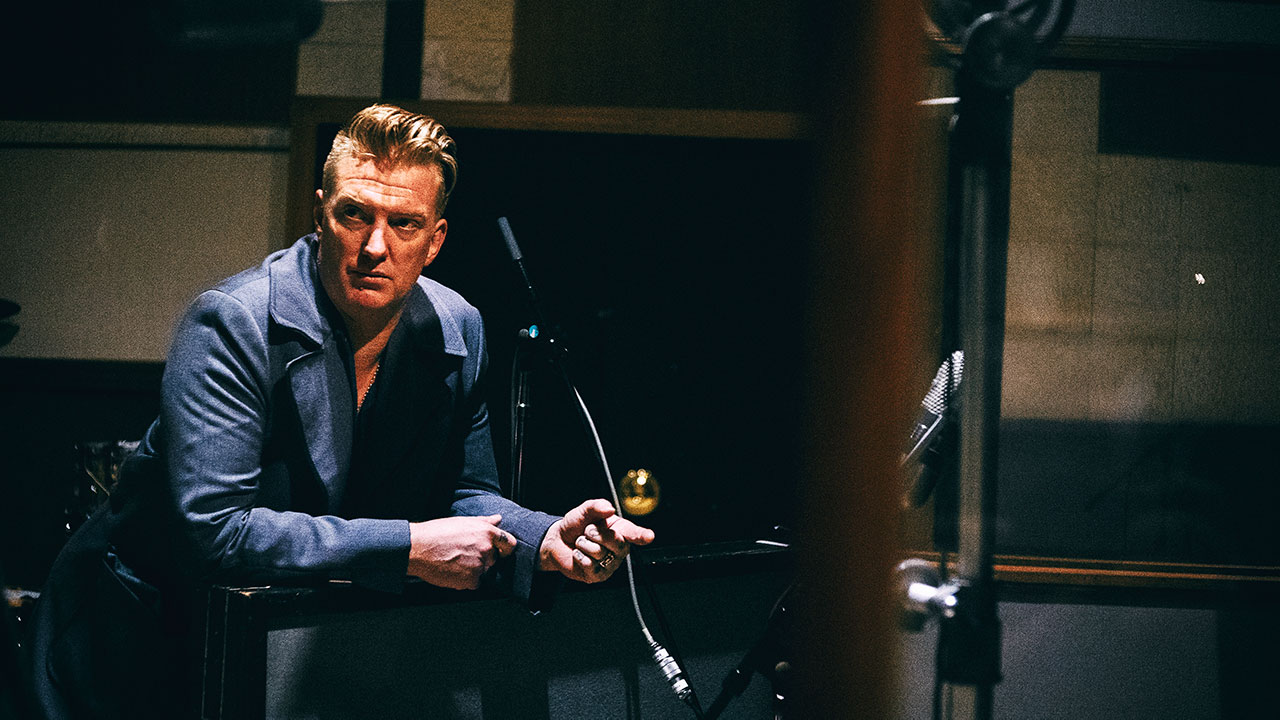 Balancing the mainstream and the unexpected

Timed to drop a month ahead of release, we secured Josh’s first Q cover. This showed a step up in profile, heightening anticipation and making the album a major event. We commissioned the band’s artist Boneface to create a GIF with a Queens-esque twist of the cover, enhancing social chatter around the unveil.

Covers of NME, The Sun SFTW and iNews dropped on release day. The i Newspaper was completed at the ‘American Valhalla’ screening with director Andreas Neumann – a major piece secured without Josh’s input, reinforcing Josh’s position as modern rock lynchpin for his work with Iggy Pop. Features with Shortlist and The Times T2 broke new territory with Josh, giving the campaign mainstream looks.

We were aware of balancing mainstream features with the unexpected. Discovering that Josh’s family are fans of CBEEBIES, DawBell pitched Josh to read a bedtime story. ‘Bedtime Stories’ already a worldwide phenomenon, however they’d never had a US rockstar before. This reached a whole new audience, creating a genuine global watercooler moment, generating cut through in areas that had never covered QOTSA before, including Glamour, Esquire, Unilad and Radio Times, plus a huge buzz on social media with a Twitter Moment. It also became 6Music’s most liked Instagram post. 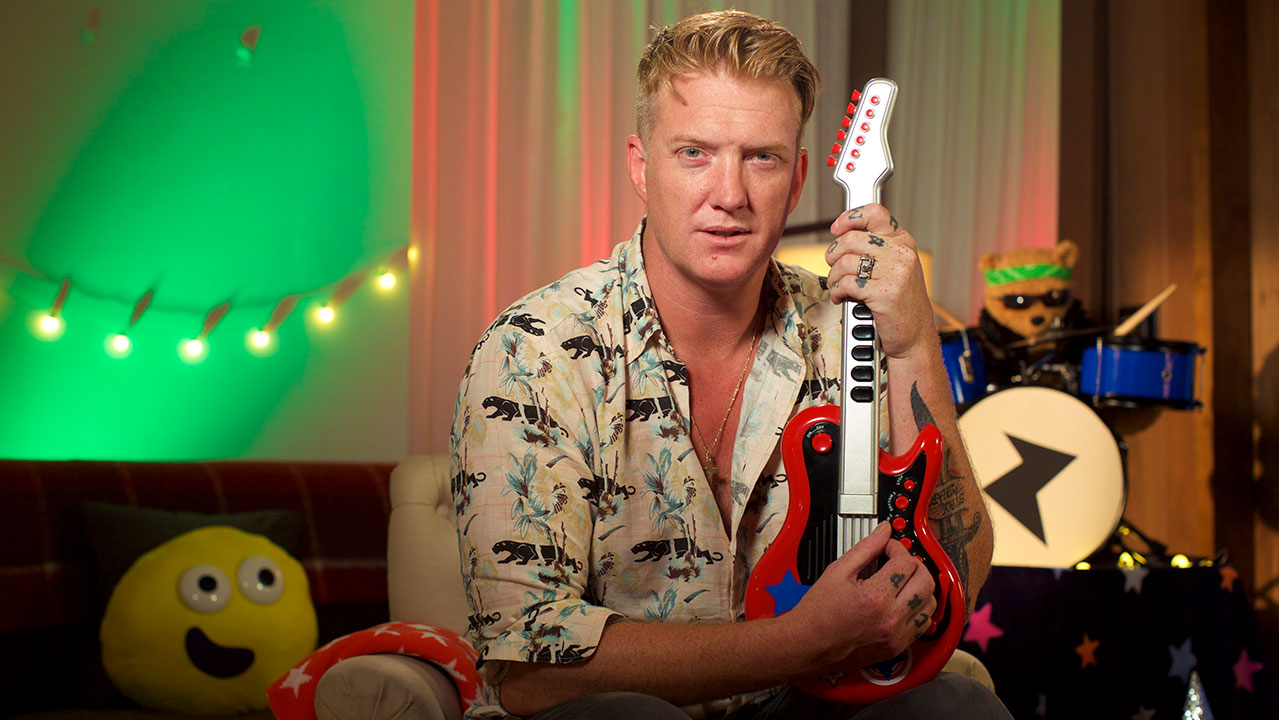 A VICE in-conversation with QOTSA superfan Rob Delaney raised awareness and anticipation amongst not only Queens’ traditional fans, but also Rob’s fanbase and the VICE audience. The clip was picked up internationally by Pitchfork and Spin. Each online feature completed – NME, VICE, Radio 1 Newsbeat – was unique, therefore encouraging fans to share on socials.

Always aware of keeping the quality of the music at the epicentre, we weren’t precious with sharing the album. Journalists were afforded a generous amount of time to live with the record, helping contribute towards lead album 4*/5* reviews in The Guardian, Q, MOJO, Uncut, Kerrang!, NME, Classic Rock and Daily Mail.

We deployed ‘Villains’ producer Mark Ronson to reach beyond Queen’s fanbase – a piece with Ronson and Josh on Radio 1 Newsbeat on release day reached their young fanbase who may have been unaware of QOTSA and their influence. This featured across all Newsbeat slots on release day, 6Music ran the interview on music news, and it was heavily promoted across BBC, Radio 1, Newsbeat and 6Music socials.

Continuing momentum into the November tour, Josh achieved another first by appearing on Adam Buxton’s cult podcast alongside comedian Matt Berry. An unexpected combination that worked brilliantly, taking Josh to yet another new audience and picking up online news with NME, Clash and DIY Mag.

We carefully rebuilt the relationship with Kerrang!, as maintaining a position in this area with the young, female, rock demographic was critical. This resulted in a cover going into the tour, balanced with Josh featuring in Evening Standard with Ronson. At this time the buzz around the album was at a level where we were able to use other band members to secure features with mainstream publications such as Metro (Scene cover), MEN, and Scottish Sun – as well as DIY, Dork, Daily Star, Total Guitar, Rhythm, Bass Guitar and In The Stocks podcast.

With limited TV opportunities, and a radio landscape that restricted the band to 6Music and specialist rock shows, press was the single most important element to the success of the ‘Villains’ campaign. 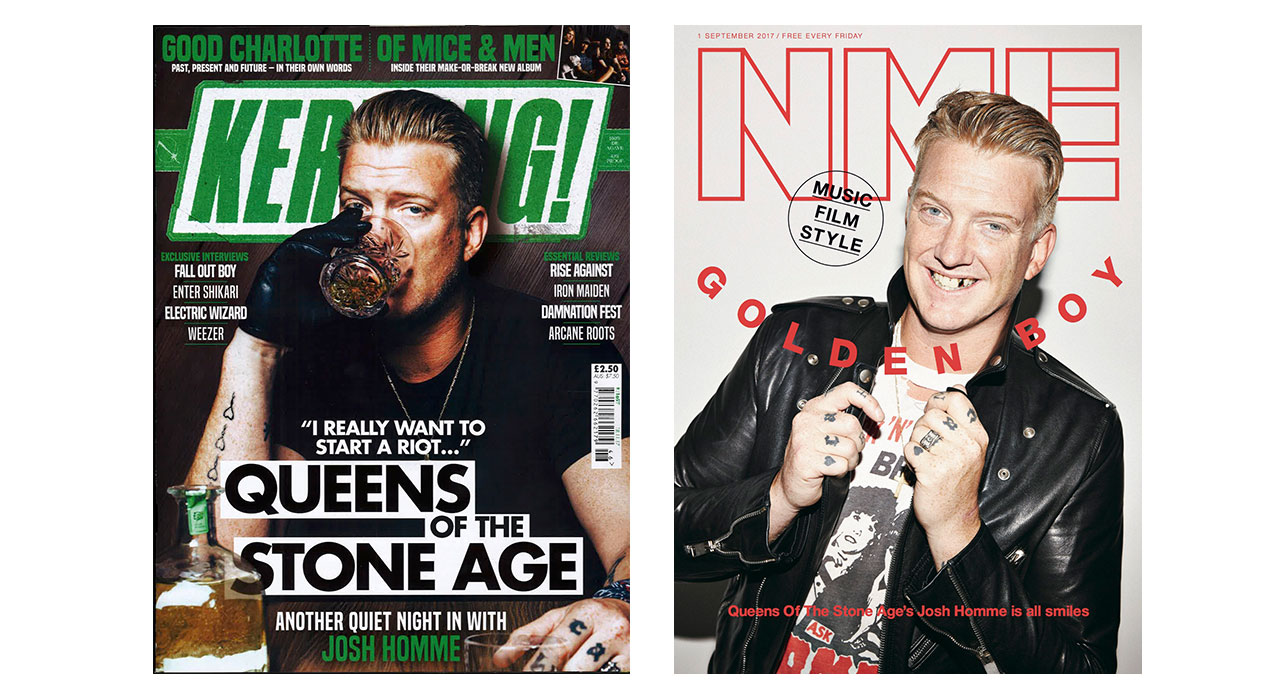 The print campaign totalled 250+ pieces, with online coverage totalling 400+ articles. All of this helped Queens Of The Stone Age achieve their first No.1 album in the UK.