Narrate the stories of the fans, musicians and workers who helped create the last great youth gathering of the pre-internet era

Oasis’ two record breaking nights at Knebworth took place on 10th & 11th August 1996, with over a quarter of a million young music fans from all over the world converging on Knebworth Park, Hertfordshire to see the record breaking sets. 25 years on came the announcement of a cinematic documentary of the concert that defined an era. DawBell’s brief was to celebrate and elevate the shows, create anticipation and tell the stories of the weekend from the perspective of the people who were there. This was not just to be another concert film, it was a historical time capsule of one of the last great pre-internet age youth culture movements. 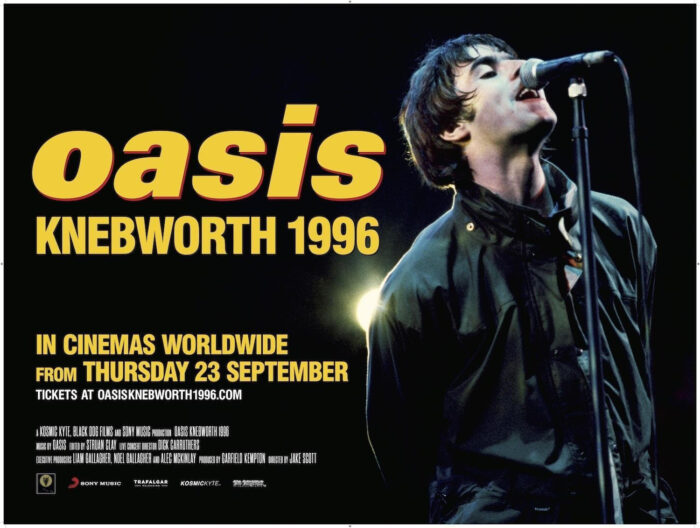 With no access to members of Oasis, DawBell used the exact key dates surrounding the 25th year anniversary – such as the show being announced, tickets going on sale and the show itself – to launch key assets and announcements, ensuring everything felt historically relevant and had a newsy feel. We announced the production of the film trade press on the 25th anniversary of the shows being announced, with pieces in

The Hollywood Reporter and Deadline ensuring the project felt weighty and cinematic in scope. In the lead up to the anniversary of tickets going on sale, DawBell researched and reached out to journalists who were there on the day, and encouraged them to tell their own stories of the gigs – resulting in major pieces in the likes of NME, Evening Standard, Radio X, 6music and The Independent. The importance of The Sun’s huge readership in the success of other recent cinematic rock biopics was also identified as crucial from the start. Quotes from Noel about Knebworth were banked during the year’s earlier Noel Gallagher’s High Flying Birds campaign and rolled out by The Sun in their news and showbiz sections throughout the campaign, resulting in several double page spreads, a front page splash and numerous Bizarre page leads. Interviews with fans who were there and members of the support acts led to further coverage in the likes of BBC Breakfast, The Scottish Herald and Daily Mirror. We wanted to keep a cinematic feel to the campaign and reviews were carefully managed to ensure Empire’s led the way. Other reviewers were encouraged to attend a central London screening, attended by the talking head fans from the film. The boisterous, gig-like atmosphere in the theatre contributed to a raft of rapturous 4* reviews ranging from The Guardian to Daily Mail, and a glowing report on the BBC News website. 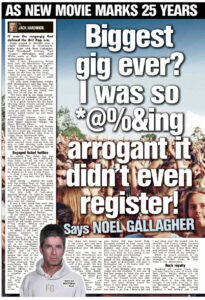 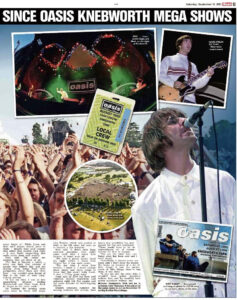 Oasis Knebworth 1996 was Britain’s highest-grossing documentary of 2021, topping the UK box office chart on it’s release. The accompanying soundtrack charted in the top 5 of the album charts on it’s debut during one of the busiest periods of the year.

With the documentary and album’s success feeding each other, Oasis Knebworth 1996 continued to grow streaming numbers and monthly followers amongst the next generation of Oasis fans.